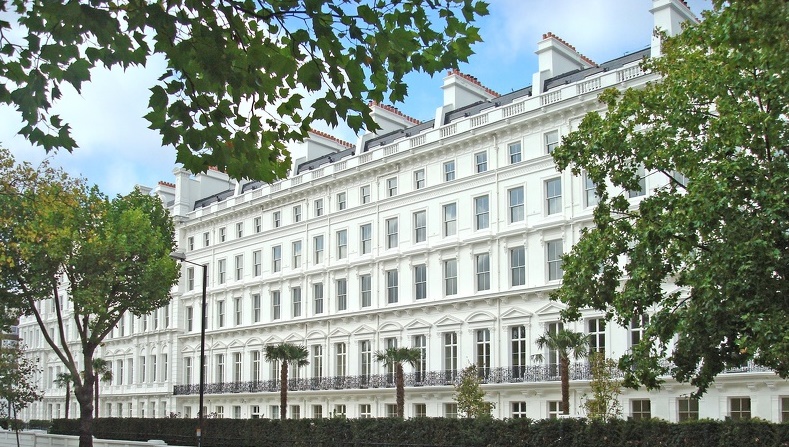 Increasingly, window manufacturers are being asked by developers and specifiers about the acoustic performance of windows and doors. All glass has some acoustic ability, even 4mm single glazed windows reduce noise by about 25 decibels. However, for optimal performance specialist acoustic glass is the preferred choice but housebuilders and developers must decide if it is really necessary and whether the increased cost it worth it.

What makes glass more acoustically efficient and which do you need?

Mass is the best way to absorb sound which means that the thicker the glass the more sound that is absorbed. Windows and doors generally perform less well than walls and roofs and sound travels through any place where there is air leakage which means that a window that performs well in an air test also performs well in an acoustic test. Having said this, the same window that has been poorly fitted will not perform as well if there is space between the window and the wall.

When it comes to the glass, double and triple glazing provide effective soundproofing and argon is preferable to air in the cavity because it is a denser gas. The optimal gas is krypton but the difference in acoustic performance is marginal. Very often, the standard annealed glass is sufficient for most purposes but the best performance is offered by acoustic laminated glass. However, the way in which different frequencies perform is very complicated. An acoustic sound engineer is often employed by housebuilders and developers to advise on this. Acoustic laminated glass takes two layers of annealed glass and laminates them with a special acoustically absorbent plastic (PVB, polyvinyl Butyral) layer in between to give the appearance of a single pane of glass. Thicknesses of acoustic glass can range from 6.8mm to 16.8mm and a dB rating of between 35 and 42. Bearing in mind that a reduction of 10 dB will halve the perceived sound intensity, the thickest acoustic glass is highly effective but also only really necessary in the most extreme cases such as building near an airport runway.

When selecting a window product, it is important to ensure that the whole window has been tested and not simply the glass unit. Pricewise, thicker glass is more expensive as is triple glazing and acoustic laminated glass. Developers should be wary of suppliers over-engineering products which is fairly common among those that lack the in-depth knowledge and data required for an informed recommendation.

So what are the recommended noise levels?

World Health Organisation Guidelines state that a maximum of 40 decibels (dB) is recommended at night which corresponds to the sound from a quiet street in a residential area. People exposed to higher levels (55dB) similar to the noise from a busy street long term can trigger elevated blood pressure and heart attacks. Acceptable levels in reception rooms and other general living areas are below 50dB.

Where would you use acoustic glass?

Even in a fairly noisy environment, in a domestic setting, it may not be necessary to incorporate acoustic glass into every room. The bedrooms which need to be quieter than the kitchen and living areas may be the only rooms that really need it. Developers need to consider the location of the development and the specification they are aiming to achieve. Low cost housing developments will naturally specify the lowest level of acoustic performance possible to satisfy planning and Part E building regulations. However, a luxury development in the centre of a city or town might want to provide a higher performance solution.

What measurement should you pay attention to? dBA, Rw, Rw+CTR?

dBa is an A-weighted decibel which means it is an expression of the relative loudness of sounds in air as perceived by the human ear. In the A -weighted system, the decibel values of sounds at low frequencies are reduced compared with unweighted decibels as the ear is less sensitive to low audio frequencies.

Rw is the weighted sound reduction index in decibels and describes the airborne insulating power of a building element. It can apply to ceilings, walls, doors and windows. The higher the Rw rating the better the sound insulation. Increasing the Rw by one translates to a reduction of about 1dB in noise level.

Rw+CTR is an adjustment factor which is used to account for low frequency noise, typically the biggest problem with sound insulation. Rw+Ctr is always a negative number so the Rw+Ctr will in practical terms always be less than the Rw value. For windows in an urban area where there is traffic noise this is the most realistic measure.

Consider what reduction is required

In addition to the sound reduction, acoustic glass has other benefits including impact safety, creating a safe and secure barrier, and UV protection helping to reduce fading and the aging effects of the sun.

Don’t Forget the way it looks!

It is important to consider the aesthetic impact of using some of the thickest laminated glass solutions, especially where there is a historic requirement. Historic windows and acoustics can be a challenging match!

Find out more about George Barnsdale, including the types of products they offer, by visiting their dedicated member profile page – click here

Posted By
gemmaprice
Share
Related Blogs
Whole-life carbon assessment – the only practical path towards Net Zero
Helen Hewitt, Chief Executive of the British Woodworking Federation (BWF), penned an article about the importance of ‘getting retrofit right’ for the report Why timber is leading ...
Read Article
Specification, Sustainability
Smart Window Specification To Reduce The Environmental Impact of a Building
In June 2019, Parliament passed legislation requiring the Government to reduce the UK’s net emissions of greenhouse gases by 100% relative to 1990 levels by 2050. Doing so would make the UK a ...
Read Article
The Rise of the ‘Natural Wellness’ Home
Last month (September 2019) it’s estimated that a record 7.6 million people took to the streets as part of the Global Climate Strike. To date, it’s the largest climate demonstration in ...
Read Article
Load More

Do you have any questions regarding our products?

Want to become a WWA member?

The natural beauty of wooden windows and doors provide warmth, charm and timeless appeal to any property. They can be highly customised, with a choice of paint and stain options and a variety of ironmongery. Plus, they can be painted or stained every time you want to change the look of your house.